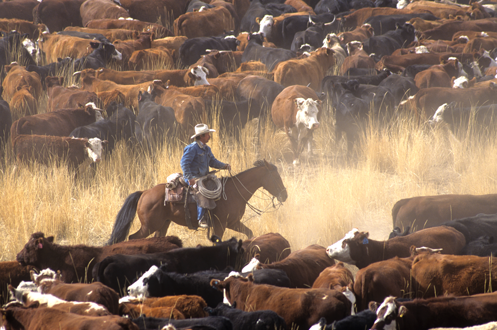 Cattle ranchers and their allies are pushing regulators to scrutinize alternative meat-makers, recruiting food scientists to test plant-based products for potential health risks, and ramping up counter-campaigns to highlight beef’s nutritional benefits while comparing their rivals to dog food.

They’ve even created a digital assistant, available on voice-activated Google and Amazon devices, that can answer consumers’ questions about beef and, when pressed, beef alternatives.

“The best alternative to beef,” it says, “is more beef.”

Over the past two years, the beef industry has pushed legislation that restricts terms like “beef” and “meat” to the kind raised on the hoof, not products derived from plants or future foods developed using animal cells in labs.

Various labeling laws are now on the books in 12 states and were considered this year in 15 others, with a federal bill introduced in October.
For restaurants and grocery stores, growth is coming not from the real thing, but from a new generation of meatless products that combine proteins from soy or yellow peas with potato starch, beet juice and other ingredients to more closely mimic beef’s sizzle and juiciness.

Plant-based alternatives amount to the equivalent of just 1 percent of the total volume of meat sold in the U.S., according to Nielsen. But some beef producers see an existential threat in the growth of meat-alternative
makers like Impossible Foods Inc. and Beyond.

“Anytime someone walks in the grocery store and makes a decision not to purchase our product and purchase another… we’ve lost a potential consumer,” said Jess Peterson, a cowboy-hat-sporting lobbyist for the U.S. Cattlemen’s Association who also raises cattle in Montana. “It’s a very small number, but it’s a number that can grow.”