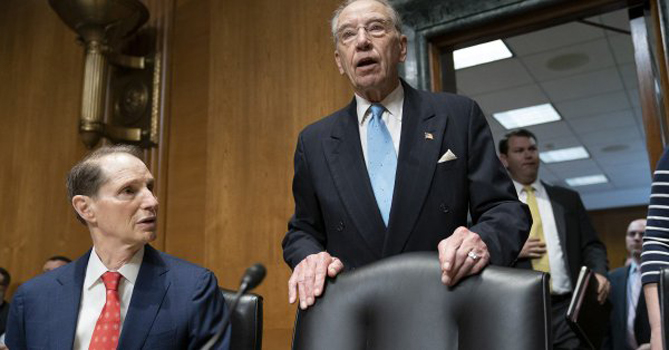 Senate Finance Committee Chuck Grassley warned the European Union on Tuesday that insisting on excluding agriculture from any trade deal will undermine the talks before they begin. He said the EU negotiators need to understand that Congress will not consider a deal that doesn’t address farm subsidies and other barriers to U.S. products.

“[T]he EU wants to exclude agriculture from the deal. That’s a nonstarter,” the Iowa Republican wrote in an op-ed for Politico. “Members of Congress — Republican and Democrat, House and Senate — have voiced strong opposition to any agreement that doesn’t include agriculture. Since any deal negotiated needs to be approved by Congress, the question needs to be asked: Why should the Trump administration pursue a deal that seems unlikely to pass in Congress?”

President Donald Trump and European Commission President Jean-Claude Juncker said last year that they wanted to find a way to eliminate all tariffs, barriers, and subsidies between the U.S. and Europe. Talks have been slow in coming, though, in large part due to disagreement over agriculture policies.

The EU limits the entry of lower-priced grains from non-EU countries through quotas and a complicated price system based on U.S. exchange prices and transportation costs. It also blocks products through regulations regarding the use of pesticide, hormones and biotechnology. Labeling is strictly regulated too, with the EU prohibiting the use of names like ‘Parmesan’ or ‘Asiago’ for products produced outside of Europe.

The U.S. farming and food processing industries argue that these “nontariff barriers” are mere pretenses to protect the EU industries from competition, but EU Trade Commissioner Cecilia Malmström has repeatedly said that they would not agree to negotiating on the matter.

Grassley said he was “hopeful” that a deal could still be reached, but added: “Negotiators shouldn’t be told that a huge sector of the economy is off limits from the start. It erodes trust between us, discourages compromise and hurts farmers and consumers.”