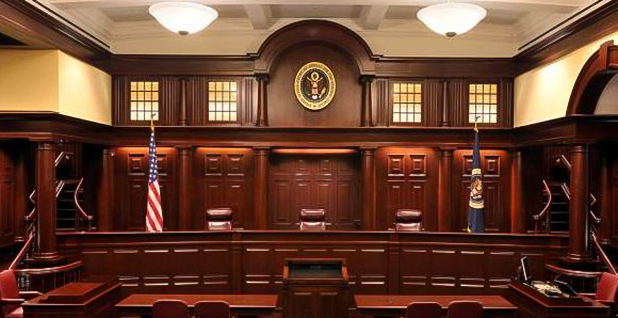 The 8th U.S. Circuit Court of Appeals has affirmed a district court’s preliminary injunction of enforcement of a North Dakota statute regulating relationships between manufacturers and farm equipment dealers. The legislation sailed through the legislature in 2017 with strong bipartisan support.

AEM, along with four other major tractor manufacturers, asked the district court to enjoin North Dakota Senate Bill 2289. In December 2017, the district court granted a preliminary injunction on the grounds that the act likely violated rights of the major tractor manufacturers under the contract clause of the U.S. Constitution. The state of North Dakota and an intervenor,
the North Dakota Implement Dealers Association, appealed that order.

In the appeals court split decision issued last week, the majority held that the tractor manufacturers “could not reasonably foresee any impending intervention into their agreements, as the regulations go beyond regulation of coercive and discriminatory practices; they enlarge dealer reimbursements; and they impair obligations of contract.”

The North Dakota Attorney General’s office is currently reviewing the decision. We would hope the courts will, in the end, agree with the attorney general’s view that placing two competing manufacturers’ products side-by-side on the dealer lot does not implicate the Lanham Act. Indeed, public interest would be served by allowing consumers to select the most appropriate product for their needs and reducing the distance a consumer has to travel in rural North Dakota to shop for the various products offered by farm equipment implement dealers.

Our Association has and will continue to follow developments in this litigation closely, and, while not a party to the action, we are concerned with the outcome. We believe this suit seeks to defend “dealer purity” under the protection of federal trademark law (Lanham Act).