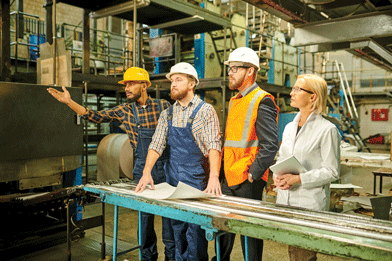 Carnack the Magnificent—Johnny Carson’s psychic persona on “The Tonight Show”—would pull an envelope from a jar, hold it to his forehead and answer the question sealed inside. Then he would open the envelope and read the question.

Unfortunately, implementing lean is often done the same way—a solution searching for the right problem to solve. It was funny on “The Tonight Show.” It isn’t funny when it leads your organization to failure.

The underlying problem is that we dramatically under appreciate the importance of deeply understanding our reality. Whether changing a process or your entire business, it is not possible to overemphasize the importance of fully knowing the truth of your current state. In fact, Max DePree, former CEO of Herman Miller Inc. in Michigan, said defining current reality is “the first responsibility of a leader.”

Unfortunately, we tend not to do this well. You’ve heard examples of surveys, regardless of the topic, in which 90 percent of people believe they are above average. This highlights our lack of skill in defining current reality.

Because of this, the first answer to a problem is most often not the right one. If it were, then we’d get better results from our daily struggles on the assembly line. The so-called “little fires” we extinguish throughout the day typically start when someone approaches us with a “situation.” We observe the “situation,” categorize what we see and hear, sort through our enormous mental database of experience for the right solution, then implement that solution—typically within difficult time constraints. The problem is that the mental database solution is often wrong when compared to what we learn from deep observation of the problem.

Being a visionary is an important trait near the top of any leadership list.

If you start making improvements without understanding the reality, two things are bound to happen. First, you will repeat mistakes that you have already committed. This makes learning dreadfully expensive. Second, you will discard the good things you are already doing. If you don’t understand what’s working, and more importantly, why it’s working, you are likely to slide backward as you try to make improvements.

I once visited a company celebrating an all-time record of daily production. When I asked if they were planning to determine why that day was so successful, silence fell over the room. Even if it was mostly luck, valuable lessons were there to be learned. Only by a deep understanding of current reality can you ensure that success builds on success, and failure is never repeated.

In 1982, the book In Search of Excellence popularized the concept of MBWA: Management by Wandering Around. The idea is simple: Get out and mingle, but realize that collecting loose bits of information does not lead to the clear understanding that only comes from direct and deep observation and study. The concept of MBWA is not flawed, but it requires observation and analysis to make it effective.

Here’s a quick test. Examine everything you do to understand the current reality. Include everything from conversations to site visits. What percent of your time is spent in deep observation? If it isn’t at least 50 percent, then it is time to take a look at observing yourself. Think about it. You aren’t psychic like Carnack the Magnificent.

Jamie Flinchbaugh is a thought leader on lean principles. He runs JFlinch, a firm that helps teams accelerate by solving the most challenging problems. Learn more at jflinch.com. Flinchbaugh spoke at the 2019 Supply Summit in Myrtle Beach. 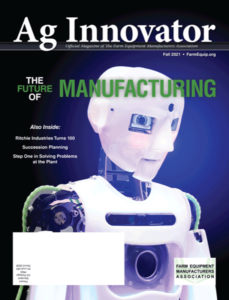