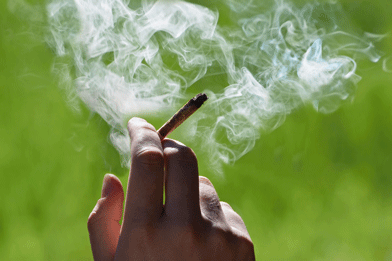 Amazon.com Inc. has a solution for a potentially crippling shortage of delivery drivers: Recruit pot smokers.

The company is advising its delivery partners—the mom and pops that operate the ubiquitous blue Amazon vans—to prominently advertise that they don’t screen applicants for marijuana use, according to correspondence reviewed by Bloomberg and interviews with four business owners.

Doing so can boost the number of job applicants by as much as 400 percent, Amazon says in one message, without explaining how it came up with the statistic. Conversely, the company says, screening for marijuana cuts the prospective worker pool by up to 30 percent.

One delivery partner, who stopped screening applicants at Amazon’s behest, says marijuana was the prevailing reason most people failed drug tests. Now that she’s only testing for drugs like opiates and amphetamines, more drivers pass.

Other delivery companies are continuing to screen applicants, concerned about the insurance and liability implications in the many states where weed use remains illegal.

They also worry that ending drug testing might prompt some drivers to toke up before going out on a route.

“If one of my drivers crashes and kills someone and tests positive for marijuana, that’s my problem, not Amazon’s,” said one, who requested anonymity to discuss the issue because Amazon discourages delivery company owners from speaking to the media.