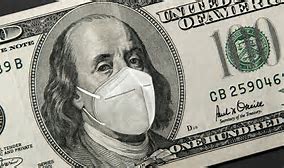 A bipartisan group of lawmakers on Monday unveiled its $908 billion coronavirus relief package as Congress faces a time crunch to pass more aid.

The proposal is split into two parts.

The first is a $748 billion piece. It includes $300 billion for small business support, including a second round of Paycheck Protection Program funding, as well as an extension of expanded unemployment insurance totaling $300 per week in federal jobless benefit supplements.

The second $160 billion piece ties together the two most controversial elements of the negotiations: more money for state and local governments and protections for businesses from coronavirus- related lawsuits.

The text of the two bills comes after the group announced two weeks ago that it had reached an agreement on a framework for a $908 billion proposal.

But the group, after announcing the framework, still had daily closed-door and Zoom meetings as it tried to work out what to do about more money for states and liability protections. The first is a top priority for Democrats, while Senate Majority Leader Mitch McConnell (R-Ky.) has long pointed to legal protections as his “red line.”

Splitting off the two issues could make it easier to convince congressional leaders to take up a smaller coronavirus deal and either pass it or add it to a must-pass government funding deal. Appropriators are on the cusp of agreeing to a mammoth omnibus bill, which is expected to be the vehicle for any year-end coronavirus relief.

But whether congressional leadership will take up the bipartisan bill is unclear.

McConnell spoke from the Senate floor on Monday about the need for more coronavirus relief. He also has opened the door to dropping liability protections and state and local aid.

“The next several days are going to bring about one of two outcomes,” he said. “Either 100 senators will be here shaking our heads, slinging blame and offering excuses about why we still have not been able to make a law … or we will break for the holidays having sent another huge dose of relief out the door for the people who need it.”

Among other pieces of the bill are: