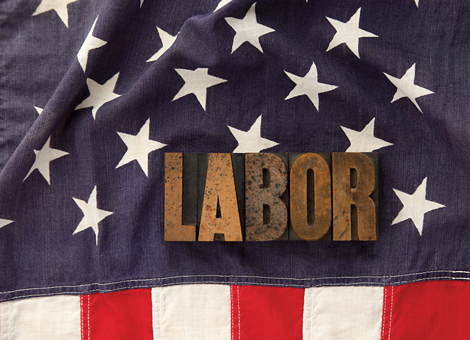 Since bottoming out in early 2020, the U.S. economy has easily outperformed other major advanced countries, except in one crucial dimension: labor.

Between the fourth quarters of 2019 and 2021, the labor-force participation rate—the share of the population ages 15 to 64 either working or looking for work—dropped 0.7 percentage points in the U.S., while rising in Japan and Canada, according to the Organization for Economic Cooperation and Development. The eurozone’s participation rate was also above its pre-pandemic level in the third quarter, which is the latest data available.

While much of the decline in U.S. labor is because of retirement, its participation rate for people ages 25 to 54 has also fallen more than in other countries.

The sources of this discrepancy could help answer another question: Why is U.S. inflation higher than in other countries? It appears to be a combination of stronger demand and more constricted supply, including supply of labor.

One cause is differing approaches to supporting workers during the pandemic. European governments historically sought to keep workers in their jobs during downturns, and Japanese companies have long given priority to preserving head count. The U.S. has instead supported laid off workers directly, facilitating the transition to new jobs and new industries.

During the pandemic, European and Japanese employers furloughed rather than fired employees, with governments subsidizing the furloughed workers’ salaries.

The U.S. had the Paycheck Protection Program, which gave forgivable loans to businesses that held on to their employees, but the impact was relatively small. Most federal support came through enhanced unemployment insurance for millions of laid-off workers.

As a result, bonds between employers and employees were more likely to be severed in the U.S. than in Europe.

Differing wage subsidies, however, can’t explain why labor participation is lower in the U.S. than in Canada, where the subsidy plan was similar to the U.S. plan.

Here, COVID-19 may have played a role. Cumulative infections and deaths from the virus are about three times higher, per capita, in the U.S. than in Canada—almost certainly affecting the willingness and ability to work.

U.S. monthly labor-force surveys show the number of people absent from their jobs because of illness averaged 50 percent higher last year than in 2019. Over the same period, Canada’s corresponding survey showed 16 percent more workers missing a full week of work because of illness or disability, and 13 percent fewer missing part of a week.