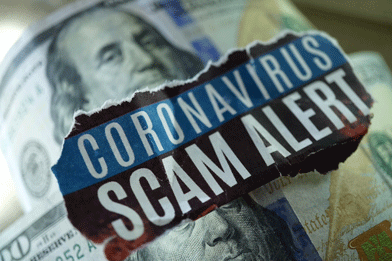 There is a single-family home in Euclid, Ohio, where trees, shrubs, and grass grow on an eighth-of-an-acre plot.

Twenty companies are registered at that address, with names like Organic Ohio Berries LLC and Garlic Farming LLC. Those companies won government approval for loans and grants intended to support small businesses hurt by the pandemic.

In all, the owner of the home and his family members created 72 companies with agrarian-sounding names at three Cleveland-area addresses and then used them to get approval for loans and grants totaling $7.2 million from the Small Business Administration’s Economic Injury Disaster Loan program, state and federal records show.

There’s no sign of agricultural activity at any of the locations, or that any of the companies were active before Feb. 1, a requirement for pandemic aid. None of them was registered with the Ohio Secretary of State’s office before May.

A lawyer for Zaur Kalantarli, the owner of the home, has acknowledged that at least some of the loans were questionable and may have to be repaid. The lawyer said he contacted federal prosecutors in Ohio and brought the matter to their attention after Kalantarli received a media inquiry about the loans and contacted the lawyer.

The Kalantarli loans are the latest sign of mismanagement in the SBA’s $212 billion disaster-relief program, which the agency’s inspector general warned in July was beset by “potentially rampant fraud.”

The disaster-relief program has distributed 3.6 million loans worth $192 billion to small businesses since March, as well as 5.8 million grants that don’t have to be repaid totaling $20 billion. It’s distinct from the SBA’s $525 billion Paycheck Protection Program, which relied on banks to distribute forgivable loans meant to cover payroll.

A $750 million computer program set up by the SBA in April was supposed to flag suspicious disaster-aid applications, but current and former SBA workers, as well as outside fraud investigators, have described widespread fraud that the computers had failed to catch. Even a person posing as President Donald Trump made off with a $5,000 grant.

A spokesperson for the SBA said the agency wouldn’t comment on individual borrowers but that it “takes very seriously its stewardship of taxpayer funds and is committed to mitigating risks of fraud, waste and abuse.”