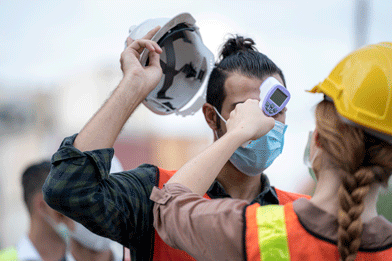 The Occupational Safety and Health Administration (OSHA) has changed its mind and says it now will issue Emergency Temporary Standards (ETS) that employers will be expected to follow related to COVID-19 in the workplace.

On Jan. 21, the day after his inauguration, President Biden ordered OSHA to produce new COVID guidance by the end of January. He also ordered that OSHA issue emergency standards by March 15.

OHSA hit the first deadline but skipped the second.

U.S. Secretary of Labor Marty Walsh, who was appointed March 23, is believed to have delayed the standards because the issue they were designed to address was fading as an emergency. Walsh said he suspended the rules’ issuance because the proposed standard did not “reflect the latest scientific analysis of the state of the disease.”

Perhaps new scientific analysis jumpstarted the effort, but that is not clear.

What we know is that OSHA has sent a draft of the ETS to the White House office charged with reviewing the rules, and the rules will be published no later than June.

Attorney A. Scott Hecker said that as more Americans get the vaccine, it becomes more difficult to make the case that an “emergency standard is necessary to protect employees from grave danger.”

Beyond being forced to deal with the passage of time and increasing vaccination numbers, OSHA will need to justify its change in position regarding the need for an ETS, Hecker said.

The ETS will apply only in states that follow federal OSHA regulations, including Texas and Florida, which are among the states on the forefront of rolling back COVID-related risk mitigation protocols, including reduction of mask requirements.