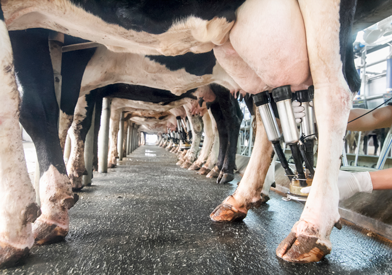 Canada will be forced to end tariffs on U.S. dairy products under a recent decision that could allow American dairy farmers to increase sales to Canada by more than $200 million a year.

The recent ruling came in the first-ever use of a new dispute resolution panel established by the U.S.-Mexico-Canada Agreement, or USMCA. The U.S. contended that Canada used a complex set of tariff-rate quotas to reserve a share of the dairy market exclusively for Canadian dairy processors in violation of the 2020 pact.

“Today’s decision is an important victory for U.S. dairy farmers,” said Jim Mulhern, the president of the National Milk Producers Federation. “The United States and Canada negotiated specific market access terms covering a wide variety of dairy products, but instead of playing by those mutually agreed upon rules, Canada ignored its commitments.”

Canada didn’t commit to a specific course of action but acknowledged a Feb. 3 deadline to resolve the matter. In a joint statement, Canada’s ministers of trade and agriculture said they “continue to stand up for its dairy industry, farmers and workers and the communities they support.”

If Canada doesn’t come into compliance by the deadline, the U.S. could begin the process of initiating tariffs or other countermeasures.

Although Canada said aspects of the ruling were in its favor, the panel’s report contained only one ultimate finding—that Canada’s practices were inconsistent with its obligations in the trade deal.

The Trump administration filed an initial complaint about Canada’s dairy quotas in December 2020, leading to discussions between the two nations but no resolution.

In May of 2021, the U.S. escalated that complaint and triggered the dispute resolution process of the USMCA for the first time. The three-member dispute resolution panel was chaired by Elbio Rosselli, a diplomat from Uruguay, under USMCA rules designed to ensure that panelists are independent and have expertise in international law and trade treaties.

Canada’s dairy producers have long fought against opening their market. The country has around 11,000 commercial farms that hold substantial political sway because they are located in a politically important region: rural central Canada, especially French-speaking Quebec.