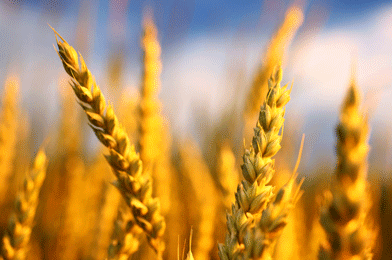 Even when it was only a threat, the war between Russia and Ukraine was rattling international grain markets, driving wheat prices higher on both sides of the Atlantic and leaving traders girding for more volatility ahead.

The two nations combined account for 29 percent of global wheat exports, according to data from the USDA. The nearby Black Sea serves as a major conduit for international grain shipments, and Ukraine is also among the top exporters of barley, corn and rapeseed.

Tensions along the Russia-Ukraine border helped drive wheat futures traded in Chicago up more than 7 percent in recent weeks. It was more than $8 a bushel last week, which is just below a near decade high of $8.50 a bushel reached last year. Some analysts worry a deep Russian push into Ukraine and Western sanctions that curtail Russian exports would be a worst-case scenario and could deprive global markets of the lion’s share of both nations’ wheat supplies.

“That is a huge quantity, and it means prices could easily double,” said Carlos Mera, head of agricultural commodities research at Rabobank.

Even a limited conflict that spares most of Ukraine’s agricultural infrastructure could drive up prices between 10 and 20 percent, said Andrey Sizov, managing director with a Russian research firm focused on Black Sea grains markets.