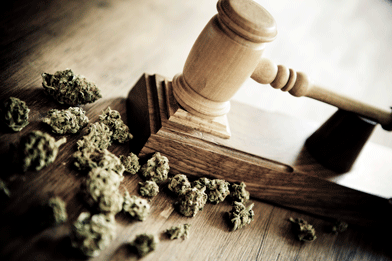 State courts continue to struggle with questions about whether employers and insurers must reimburse for marijuana in workers’ compensation.

They also continue to wrestle with a question about whether a positive marijuana test may impact the compensability of an accident.

That is according to a legislative update recently released by the National Council on Compensation Insurance (NCCI).
Since Jan. 1, Connecticut, New Mexico, New York and Virginia have legalized recreational marijuana; legislation is pending in Pennsylvania, Rhode Island and Wisconsin, NCCI says.

One pervasive issue is reimbursement of medical marijuana in workers’ compensation, and state courts continue to be divided.

New Hampshire’s high court ruled that reimbursement for medical marijuana does not violate the federal Controlled Substances Act. Arkansas and Massachusetts courts have ruled to the contrary, NCCI said.

New Jersey and New York courts have ruled that employers and insurers may be required to reimburse injured workers for medical marijuana, and lawmakers in those states have introduced bills that would make medical marijuana a covered drug in comp.

Legislation pending in other states goes in a different direction. Kentucky, Kansas, Nebraska and Pennsylvania legislatures are considering bills that would not require the comp system to reimburse for the drug.

States are also considering legislation regarding the compensability of a workplace accident if workers test positive for marijuana, with laws in Alabama, Montana, Nevada and North Dakota stating that workers who test positive are not entitled to comp, with most of the laws making some exceptions for prescribed medical marijuana.