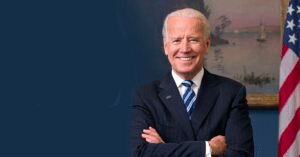 The potential outcome of last week’s presidential election may yield a new scenario for business: a Democratic president whose more aggressive plans can’t pass the Senate, but who eschews the unpredictability that has often marked the Trump administration.

Joe Biden ran on a platform that envisioned increased taxes on investors and businesses, a public health insurance option for Obamacare, lower prices on drugs, and plans to confront climate change and empower unions.

The legislation needed to implement much of that agenda might not get past the Senate. Based on the likely outcome of races yet to be called, including runoffs in Georgia, Republicans have the edge to keep control. More fiscal stimulus is likely, though less than congressional Democrats had proposed.

Biden could still wield considerable influence through executive actions and regulatory agencies, but those may be curbed by a more conservative judiciary and a Senate disinclined to confirm left-of-center appointees.

A Biden presidency would also break with some features of Trump’s administration that weren’t popular with some businesses: tense trade relations with other countries, restrictions on foreign workers and sharp criticism of companies, by name, on Twitter.

Business leaders worry about the resurgent pandemic. Since a vaccine may not be widely available before spring, they face the possibilities of returning to tighter restrictions and a reduced workforce.

Biden would mandate masks on federal property and urge state and local governments to require them as well. He would produce federal guidelines on when and how much states, schools and localities should dial social-distancing restrictions up or down depending on local infections. He would direct more federal resources toward developing more convenient, faster tests to detect COVID-19 and more drive-through sites for testing and contact tracing.

These steps to bring the pandemic under control faster could be at the expense of near-term economic disruptions from localized, targeted lockdowns. But Biden, like Trump, can’t compel states to comply, and many conservative states may resist.

Businesses are also counting on more federal stimulus to speed up the recovery. Biden hasn’t specified the details of any stimulus he would propose as president, since that would depend on what is enacted before the current Congress adjourns.

Democrats originally sought at least $2 trillion, including support for state and local governments to avoid layoffs; enhanced unemployment insurance benefits; and a replenished Paycheck Protection Program for small business. But with Republicans hopeful that they will retain control of the Senate, they will continue to oppose that much aid. A final package likely will be far smaller.

Biden’s tax plans include raising the corporate tax rate to 28 percent from its current 21 percent (though still below 35 percent, where it stood under President Obama) and the minimum tax on foreign income to 21 percent from 10.5 percent.

He also pledged to repeal the 20 percent deduction for “pass-through” business income. (The Farm Bureau has pointed out that more the 98 percent of farm and ranches operate as pass-through businesses: sole proprietorships, partnerships and Sub S corporations. Noting that failure to extend important pass-through provisions will result in a tax increase for farmers and ranchers and leave them without ways to deal with the cyclical and unpredictable nature of their businesses.)

If Republicans control the Senate, they would likely block these tax proposals.

Because Biden could implement much of his labor and environment agenda through executive action and regulatory agencies, much rides on whom he appoints, a signal whether his approach will be more conciliatory or confrontational.

During the election, he reassured business leaders their world wouldn’t fundamentally change. The Journal suggests companies would be more likely to believe that if, for example, he picked Federal Reserve governor Lael Brainard, an economist who served under Barack Obama, to serve as treasury secretary. They’d be alarmed if he chose Sen. Elizabeth Warren (D-Mass.).

Whether Biden will remove President Donald Trump’s tariffs on China is unclear, but the president-elect is unlikely to impose new ones.

“It’s really going to be one of the few policy areas where Biden can show results and do so unilaterally,” said Scott Lincicome, a senior fellow at the Cato Institute and a longtime trade lawyer. “Because some of his signature policies are dead-on-arrival, he’s going to need to show progress elsewhere. That’s where trade and immigration will play a pretty prominent role.”

Biden has called for a united front of pressure on competitors, most notably China. Polls suggest both Democratic and Republican voters hold increasingly less favorable views of China.

In addition, four years of Trump’s trade policy showed that many Republicans are no longer the free-traders of years past, and may seek to prevent Biden from pursuing policies seen as globalist.

Biden has described his international priority as rebuilding relationships with U.S. allies, which he could start by negotiating an end to some tariffs.
Biden has said that rather than antagonize traditional economic allies, he would seek to work with these nations to form an economic bloc to confront China.