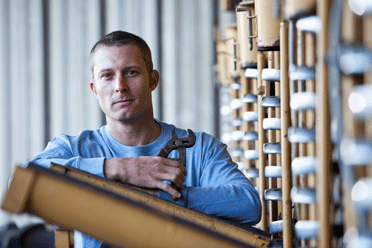 The lawsuit, which was reported in several media outlets, including DTN and Courthouse News, alleges Deere has monopolized the repair service market for its farm equipment with onboard central computers known as engine control units, or ECUs.

The suit seeks damages for farmers who have paid for repairs performed by Deere dealers beginning Jan. 12, 2018, to the present.

“Farmers have traditionally had the ability to repair and maintain their own tractors as needed, or else have had the option to bring their tractors to an independent mechanic. However, in newer generations of its agricultural equipment, Deere has deliberately monopolized the market for repair and maintenance services of its agricultural equipment with ECUs… by making crucial software and repair tools inaccessible to farmers and independent repair shops,” the lawsuit claims.

The suit alleges that Deere’s network of “highly consolidated independent dealerships” is “not permitted through their agreements” with Deere to provide farmers or repair shops “with access to the same software and repair tools the dealerships have.”

“As a result of shutting out farmers and independent repair shops from accessing the necessary resources for repairs, Deere and the dealerships have cornered the Deere repair services market in the United States for Deere-branded agricultural equipment controlled by ECUs and have derived supracompetitive profits from the sale of repair and maintenance services.”

“Deere’s monopolization of the Deere repair services market allows Deere and the dealerships to charge and collect supracompetitive prices for its services every time a piece of equipment requires the software to diagnose or complete a repair,” the suit claims. “Consequently, plaintiff and class members have paid millions of dollars more for the repair services than they would have paid in a competitive market.”

The suit said that as of 2021, farmers pay between $150 to $180 per hour for Deere repair services from an authorized dealer.

Complicating the matter is that even minor damage to a piece of equipment with a Deere ECU can trigger a damage response in the system, shutting the equipment down until it can be serviced, the media reports said.

“Like cars, John Deere tractors use a large number of sensors throughout the equipment that are constantly monitored by the ECU. When a sensor notices an error, no matter how small or serious, it can put the machine into limp mode, allowing farmers to move the machine slowly but not operate it fully…,” the complaint says.

According to a report from a U.S. Public Interest Research Group, the John Deere S760 combine harvester has 125 different computer sensors in it. If any one of those sensors throws an error code, the combine will enter limp mode, DTN reported.

Though the suit is aimed solely at Deere, the practice of heavy equipment manufacturers using proprietary software technology is common throughout the industry.