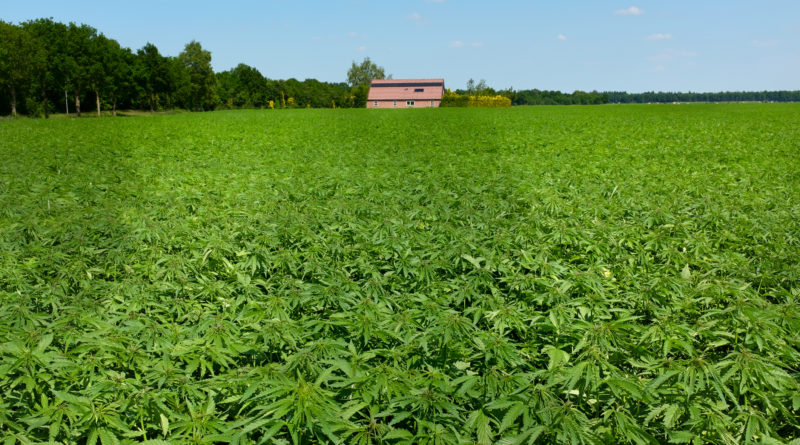 A growing number of U.S. farmers battered by low grain prices and the threat of a prolonged trade war with China are seeking salvation in a plant that until recently was illegal: hemp.

This cousin of cannabis plants is used in products ranging from food to building materials and cannabidiol, or CBD oil, which is being touted as a treatment for everything from sleeplessness to acne to heart disease.

Interest picked up with the passage of the 2018 Farm Bill in December, which removed hemp from the federal Drug Enforcement Administration’s list of controlled substances and put it under the oversight of the U.S. Department of Agriculture (USDA).

Unlike marijuana, industrial hemp doesn’t contain enough of the psychoactive chemical THC to give users a high.

The new rules call for the USDA to award hemp planting licenses to farmers, but the agency has not yet regulated the process, meaning individual states are still issuing the licenses.

Industrial hemp plantings this year could double from the 78,176 acres seeded in 2018, said Eric Steenstra, president of advocacy group Vote Hemp. In 2017, farmers planted 25,713 acres in pilot programs authorized through the 2014 farm bill.

The U.S. hemp market is growing along with supply. U.S. sales of hemp reached $1.1 billion in 2018 and are projected to reach $1.9 billion by 2022, according to Vote Hemp and the Hemp Business Journal, a trade publication.

The profit potential is high: A good yield of food-grade hemp, for instance, can net farmers about $750 per acre, said Ken Anderson, founder of Prescott, Wisconsin-based hemp processor Legacy Hemp. Hemp seeds can be baked in to bread or sprinkled onto cereal or salads.

By comparison, soybeans bring in $150 or less per acre, and sales of the U.S. crop to China have fallen sharply since the onset of the trade war last year.

Before they can cash in on hemp, however, U.S. farmers must learn the science of producing an unfamiliar crop and wrestle with shifting regulations and other uncertainties.

“Nobody has any experience whatsoever,” said Rick Gash, 46, a businessman in Augusta, Kan., who plans to grow his first-ever hemp crop on a horse pasture on his old family property.