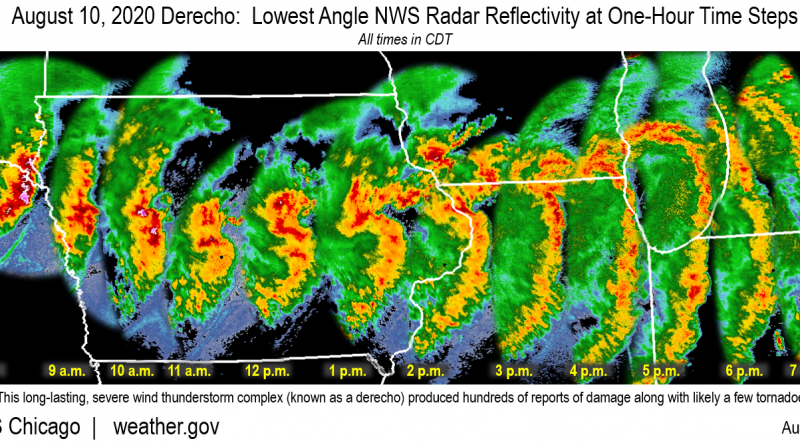 The derecho wrecked corn and bean fields, toppled trees and crumpled grain bins from South Dakota to Ohio, with winds topping 100 mph in some places. The storm system traveled 770 miles in 14 hours.

Trump’s approval for the declaration arrived less than 24 hours after Gov. Kim Reynolds sent him a request that detailed nearly $4 billion needed to assist with recovery.

The president plans to visit Cedar Rapids this week to survey damage and meet with state and local officials.

“Based on MODIS satellite imagery and storm prediction center preliminary storm reports, the Iowa Department of Agriculture and Land Stewardship believes 36 counties in Iowa were hardest hit by the derecho,” the department said Friday. “Within those 36 counties, the storm likely had the greatest impact on 3.57 million acres of corn and 2.5 million acres of soybeans.”