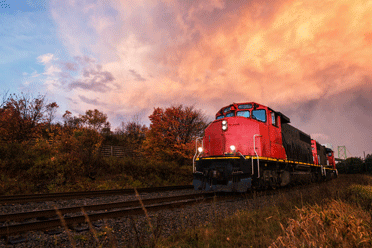 More than 3,000 Canadian Pacific Rail (CP) conductors, engineers, train and yard workers represented by the Teamsters Canada Rail Conference went off the job Sunday after the union could not reach a deal with CP Rail.

Canadian Teamsters and CP Rail blamed each other for the work stoppage, which brought trains to a halt across Canada and interrupted fertilizer and other shipments to and from the U.S.

Meanwhile, the National Grain and Feed Association, The Fertilizer Institute and 19 other members of the Agricultural Transportation Working Group in a letter to President Joe Biden requested his administration work with the Canadian government to rescind the cross-border COVID-19 vaccine mandate for workers moving essential commerce.

The letter urged the U.S. and Canadian governments to modify or rescind mandates blocking unvaccinated foreign nationals, including truck drivers, from crossing the border. Canada’s vaccine mandate requires U.S. truckers to show proof of vaccination before entering the country, and the U.S. mandate requires foreign cross-border truckers to be vaccinated.

The U.S. Department of Homeland Security has said its border policy will remain in effect through April 21.

“The border policy has raised prices because it has constrained trucking capacity and made truck movements more expensive and less timely,” the letter said.

More than 1 million short tons of fertilizer cross the U.S.-Canada border by truck each year. March, April and May are peak months for fertilizer applications across the northern states.

Canadian Pacific covers much of the U.S. Midwest and is a large shipper of potash and fertilizer for agriculture. It also carries grain from the U.S. to its northern neighbor for domestic use and exports. The railroad serves the Dakotas, Minnesota, Iowa, Illinois, Wisconsin, Missouri and other states.

CP says it’s the leading carrier of potash, a plant nutrient used in the production of multiple crops. The company says in investor documents that it carries 70 percent of the potash produced in North America, all from mines in Saskatchewan.