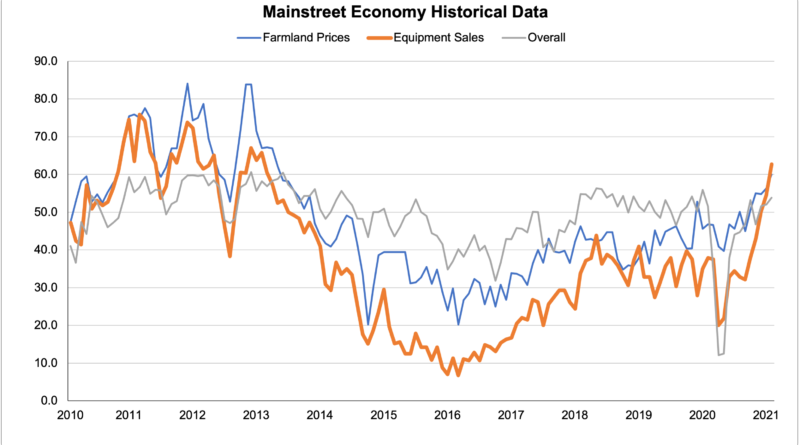 Data from researchers who assess the economy in rural communities reported signs of strength in farm country.

The overall Rural Mainstreet Index for February rose to 53.8 from January’s 52. A number above 50 represents growth.

The February farm equipment-sales index rose to 62.7, its highest reading since February 2013 and up from 54.5 in January. The farm equipment sales index bounced into growth territory for the last three months after a painful run of months below 50.

The farmland price index also posted strong numbers. The February reading climbed to 60, its highest level since May 2013, and up from 56.3 in January. This is the first time since 2013 that Creighton’s survey has recorded five straight months of above growth-neutral farmland prices.

Likewise, the confidence index, which reflects bank CEO expectations for the economy six months out, rose to a healthy 64, its highest level since March 2011 and up from January’s 60.