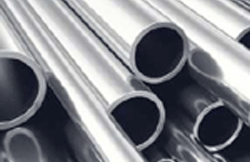 President Donald Trump on Monday said he would restore tariffs on U.S. steel and aluminum imports from Brazil and Argentina, which surprised officials in the two South American countries.

“Brazil and Argentina have been presiding over a massive devaluation of their currencies, which is not good for our farmers. Therefore, effective immediately, I will restore the Tariffs on all Steel & Aluminum that is shipped into the U.S. from those countries,” Trump wrote.

Brazil’s President Jair Bolsonaro, an avowed Trump fan who has sought closer U.S. ties, said in a local radio interview that he would call his U.S. counterpart, who he was confident would listen to Brazil’s concerns.

“Their economy is not comparable with ours. It’s many times bigger. I don’t see this as retaliation,” Bolsonaro said to Radio Itatiaia.

“I’m going to call him so that he doesn’t penalize us … Our economy basically comes from commodities, it’s what we’ve got. I hope that he understands …and I’m almost certain he’ll listen to us,” he said.

Dante Sica, who is Argentina’s production minister, said Trump’s announcement was “unexpected” and he was seeking talks with U.S. officials. Additionally, Argentina’s Foreign Ministry said it will begin negotiations with the U.S. State Department.