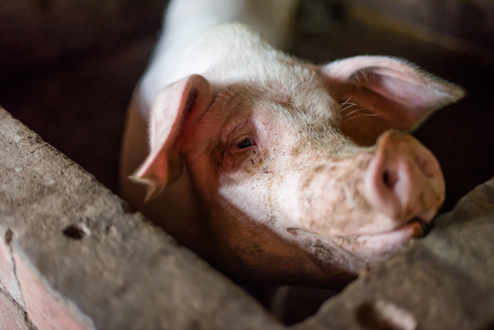 Government and academic experts in the U.S. have developed a vaccine against African swine fever that’s been deemed 100 percent effective, according to the American Society for Microbiology.

It is likely though that the vaccine is years away from commercial availability.

The drug, developed from a genetically modified prior strain of the virus, was effective in pigs when they were challenged 28 days after inoculation, the report said.

The virus has been most devastating for China. Hog herds have been decimated in the roughly 18 months since the outbreak began, and the impact has ricocheted across global markets. The virus is deadly to pigs but does not harm humans.

“Dr. Liz Wagstrom, the chief veterinarian for the National Pork Producers Council, said the council is optimistic about the vaccine, but there are still hurdles to clear, one of which is to identify a commercial partner that could take that vaccine and adapt it, so it can be mass produced in a commercial facility. The vaccine also requires more testing before it reaches the federal approval process.

“I would not want to guess how long,” she said, “but I would say a minimum of two years would be, I think, optimistic.”