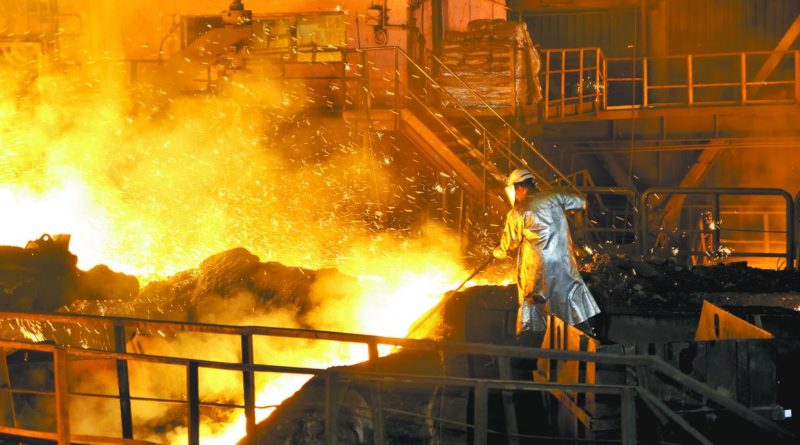 United States Steel Corp. plans to build a new steel mill in the U.S. next year.
The company said last week the new mill will have the capacity to produce three million tons of sheet steel annually, boosting its sheet-steel capacity by about 20 percent and helping to alleviate tight supplies of steel in the domestic market.

The U.S. Steel mill would increase new production capacity under construction or planned in the U.S. to about 12 million tons annually, or almost 21 percent of sheet-steel consumption in 2019.

The new mill represents a bet by U.S. Steel that demand will remain elevated for an extended time, keeping steel prices high even as competing steelmakers pursue their own expansions.

Strong prices and rising profits have allowed U.S. Steel to pay down debt after struggling for years with precarious finances stemming from low steel prices and high costs for maintaining its older mills.

“We have the winds at our backs. Steel prices seem to be sustainable,” Chief Executive David Burritt said.

The company expects to begin construction on the new mill during the first half of 2022 with a goal of starting production in 2024, Burritt said. The company will likely consider building in Alabama and Arkansas, where U.S. Steel already operates mills that use the same production process as that planned for the new mill.

Manufacturers have complained that domestic steelmakers have exacerbated shortages of steel and contributed to higher prices by taking production capacity out of service.

Industry analysts say about seven million tons of steel capacity have been idled since the pandemic started last year. That amounted to about 12 percent of domestic steel consumption in 2019.

Steel industry executives have said the industry is producing at the highest rate since before the 2008 financial crisis, and that producers are adding new capacity. Analysts have projected that new, efficient mills under construction will push down steel prices by lowering operating costs and increasing production.