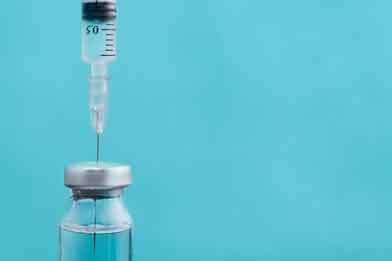 by David James and Joe Schmitt

While the pronouncements impact numerous workplaces, such as federal offices and health care settings, the most notable impact for Association members are the regulations for federal contractors and private employers with more than 100 employees. Guidance for these two groups is forthcoming, but we wanted to share what we know thus far.

Presidents can get around including Congress in regulatory decisions for the private sector by using existing federal agencies such as the Equal Employment Opportunity Commission or the National Labor Relations Board. In this case, Biden selected the Department of Labor’s Occupational Safety and Health Administration (OSHA) in the name of workplace safety.

OSHA has been charged with developing rules that will require all employers with 100 or more employees to ensure their workforce is fully vaccinated or require any workers who remain unvaccinated to produce a negative test result on a weekly basis. The negative-test alternative likely will serve as accommodation for employees with religious or health-related objections.

In the coming weeks, OSHA will issue an emergency temporary standard to implement this requirement, which can remain in place for up to six months before more formal regulations must be installed. That six months will offer employers opportunities to comment.

OSHA is also directed to establish a rule that will require all such employers to provide paid time off to permit workers to get vaccinated or recover from post-vaccination side effects. This requirement previously applied to certain health care employers, but the rule would expand the requirement to all large employers.

While there almost certainly will be legal challenges to the regulations, OSHA’s authority to protect the safety of the workplace is broad, and employers should not assume implementation and enforcement will be tied up in the courts. For unionized workforces, federal law will limit a union’s ability to negotiate over implementation of a vaccine mandate, though there may be room for discussion about the consequences of this rule, often referred to as “effects bargaining.”

The federal government has not given us a preview of the forthcoming regulations, but it is not too early for applicable employers (i.e., those who are federal contractors and have 100-plus employees) to start considering whether to mandate vaccinations altogether or permit weekly testing as an alternative.

OSHA will likely provide guidance on who would bear the cost of such testing, but there is a reasonable chance that employers must do so, either pursuant to OSHA’s regulations or state law.

That said, some states offer free testing, including both on-site and kits to test from home. In the short term, members ought to consider the testing options available in your location, which may influence whether to mandate vaccinations altogether or permit this alternative.

Presidents have broad authority to regulate contractors through their procurement powers, effectively creating rules for the organizations with which they do business.

Biden established the Safer Federal Workforce Task Force in January, which issued guidance for federal workforces. His latest executive orders extend the task force’s jurisdiction to federal contractors. Furthermore, it directs the task force to implement “a program to require COVID-19 vaccination…with exceptions only as required by law.”

The exceptions are a nod to the requirements under Title VII of the Civil Rights Act to accommodate religious conflicts and under the Americans with Disabilities Act to accommodate health- related impediments to receiving the vaccine. But the directive does not appear to permit any other accommodations, such as weekly testing as an alternative, or relaxed requirements for teleworkers.

The task force’s guidance will arrive in the coming weeks. In the meantime, federal contractors should prepare for the requirement to mandate vaccinations in their workplace.

David James and Joe Schmitt are shareholders in the labor and employment group at Nilan Johnson Lewis. Association members are entitled to 60-minute, no-cost, confidential consultations with the attorneys. Call the firm at (612) 305-7500.