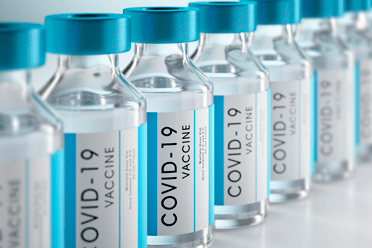 The Biden administration’s mandate for federal contractors’ employees to be vaccinated will be halted nationwide amid a slew of challenges from states that say the president overstepped his authority in requiring the COVID-19 shots.

The mandate, which was set to take effect Jan. 4, applies to roughly a quarter of the U.S. workforce and affects companies that do business with the federal government, including Lockheed Martin Corp., Microsoft Corp., and General Motors Co.

A federal judge in Georgia blocked the mandate. The latest order follows a Kentucky federal judge’s recent decision to grant a preliminary injunction in a lawsuit involving Kentucky, Tennessee and Ohio.

The mandate for businesses providing services for the federal government is part of a suite of White House actions designed to increase vaccination rates. That includes an emergency regulation from OSHA that covers private-sector companies with 100 employees or more, a shot requirement for health care companies paid by Medicare and Medicaid, and one for federal workers.

Numerous challenges to those mandates are pending in appellate courts.

President Biden has extended the deadline for federal employees to get vaccinated. The roughly 3 percent of unvaccinated workers will not lose their jobs—at least until early next year—if they refuse the shot.