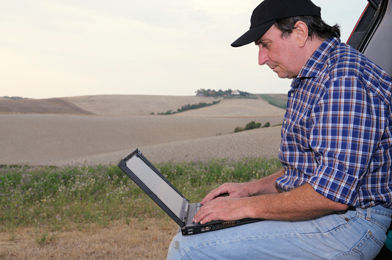 Farm Journal Media has made a bold move in a familiar space.

As it looked at the landscape of competing events in the context of COVID-19, it planned an event that it promises will deliver double the return-on-investment of the Farm Progress Show.

The mostly virtual Farm Journal Field Days is Aug. 25 to 27. It will feature hours of live-streamed educational content for farmers, a series of half-hour sessions with live Q&A, and controlled, socially distanced in-person programming.

Farm Progress was scheduled to be an in-person show in Boone, Iowa, until Monday. Andy Weber, CEO of Farm Journal, said in a conversation with Folio earlier in June that “we decided to go after Farm Progress” in early April.

“I wondered, what are they going to do about it,” he said. “Meanwhile, we’re thinking, this is a chance to put a template out on the future of what events are going to be.”

Weber says he’s confident that Farm Journal Field Days can deliver on the promise to outperform Farm Progress based on the strength of its connection to its audience as well as the extensive data it collects through its media channels.

He said the 144-year-old company has built up trust among farmers, “and then we’ve got AgWeb, which generates more traffic than our direct competitors’ websites combined. We collect behavioral data on every piece of content that they consume, on an audience of well over a million farmers.”