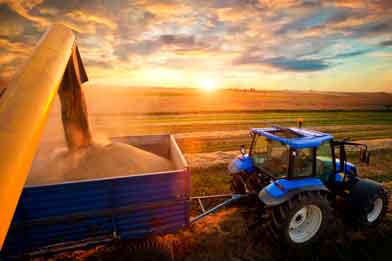 Farm income for 2020 is projected to reach its highest mark in seven years, and if the USDA’s estimates prove true, federal payments will account for 36 percent of net farm income this year.

The last time federal payments accounted for a greater percentage of farm income was 2001 at 41 percent.

The estimated $37.2 billion in subsidies would be the largest on record, said a USDA official. Cash receipts from crops and livestock were forecast to dip by 3 percent, partially offset by a 1 percent decline in out-of-pocket expenses.

Agriculture Secretary Sonny Perdue said Monday that he hoped to announce a new version of coronavirus relief as soon as this week.

Forecasts also suggest that farm debt will rise at a faster rate than the value of farm assets this year, contributing to a rise in the debt-to-asset ratio, a widely used gauge of financial health. The ratio has been climbing slowly since 2012 and was forecast for 16.2 percent this year. The ratio is low by historical standards.

Along with its revisions to the 2020 income forecast, the USDA lowered its 2019 income figure to $83.7 billion, a drop of nearly $10 billion due to higher expenses and somewhat lower income.