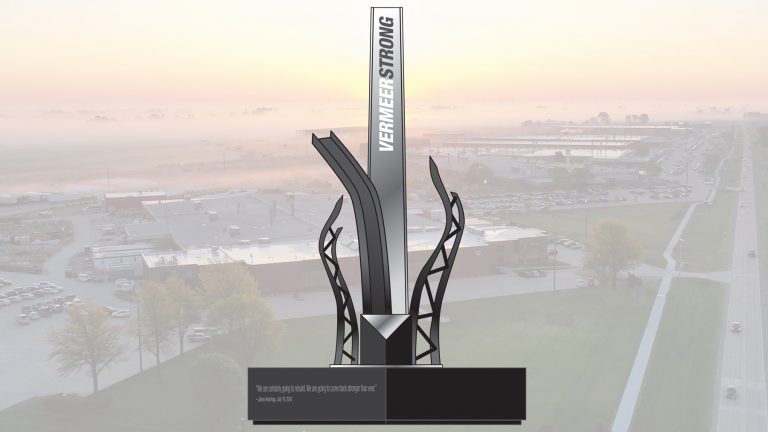 A year after an EF-3 tornado ripped through Vermeer Corporation in Pella, Iowa, CEO Jason Andringa says the company is back and stronger than ever before.

Vermeer announced last week that construction has begun on a 400,000-square foot plant that occupies the space left where Plants 5 and 6 stood before the tornado. The new building will be named Plant 7.

Andringa said the company knew it had everything it needed to rebuild when it learned in the hours after the tornado that no one had been hurt or killed in the storm. Bill Blackorby, vice president of operations, said the destruction provided opportunity to think about present-day campus needs.

“We are not only taking this opportunity to build a new facility but also starting to redefine some of the ways the rest of our legacy plants look as well,” Blackorby said. “This allows us to have the space to spread out a little bit because we have been cramped. You don’t recover in 30 days by just doing the same thing you’ve always done. We did a lot of consolidation throughout the facilities. Our team members have been amazing in this transition but this really allows us to spread out again and prepare for growth in the future.”