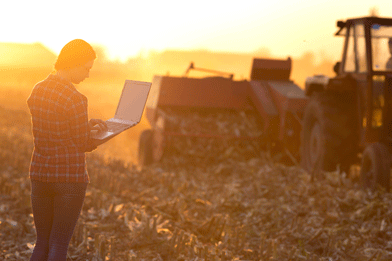 Among the dozens of directives included in a sweeping executive order recently signed by President Joe Biden, language backing the farmers’ right to repair farm equipment has advocates hoping the federal government will accomplish what state legislatures have been unable to do.

Biden’s order directs the Federal Trade Commission to “consider using its rulemaking authority”  to address “unfair anticompetitive restrictions on third-party repair or self-repair of items, such as the restrictions imposed by powerful manufacturers that prevent farmers from repairing their own equipment.”

Groups on both sides concede that leaves a lot to be worked out.

Brad Griffin, the executive director of the Montana Equipment Dealers Association, is likely correct when he says it will be months—even years—before any final rules from the FTC are effective. Like others representing manufacturers or their authorized dealerships, he recently dismissed right-to-repair proposals as “a solution in search of a problem,” saying manufacturers already provide the tools needed for do-it-yourself repairs.

“What farmers and ranchers want, we have,” Griffin said. “There’s been a huge disconnect, and that is our dealers need to be educated about our tools and software. So do the end users.”

According to Ron Harmon, a long-time farm machinery mechanic and manufacturer, it’s not that simple. Harmon owns an independent agricultural and construction equipment dealership. In the past decade, as independent mechanics and farmers have increasingly pushed the issue, he said the industry has repeatedly fallen short of its promises to provide access to the tools needed to repair farm machines and get them running again.

“Let me tell you what that really meant—it did absolutely nothing. Zero,” Harmon said. “All they would allow that diagnostic kit to do is tell you what’s wrong.”

He’s referring to the diagnostic tools that the companies sell, which work similarly to the code readers that diagnose a problem when the “check engine” light comes on in your car. But with the technological complexity of modern ag equipment, he said there are additional tools needed to communicate with the tractor’s computer in order to actually perform the repair. Harmon insists that even the simplest fixes, like swapping out a sensor or replacing a gauge, ultimately require specialized software that interacts with the tractor’s computer and tells it that the problem has been fixed. Until that happens, the machine won’t start.

While some right-to-repair advocates dismiss the likelihood of real change coming from the federal government, others see Biden’s executive order as a victory.

“If they’re being told by the FTC that they have to provide access to the farmer and rancher to the right to repair their own equipment, they can’t get around that,” Walter Schweitzer, president of the Montana Farmers Union, said.

Deere and other manufacturers have pushed back against farmers’ attempts to gain access to embedded software that the companies say affects engine performance and controls pollution-reduction systems required by government emissions standards. Modifying that software to make engines run faster, or circumvent emissions controls for better fuel economy, could wear down components and risk breakdowns as tractors and harvesters age.

“That really creates problems when a dealer takes in equipment on a trade-in,” said Kim Rominger, president of the Equipment Dealers Association.

The FTC, unlike other federal agencies, is independent; the president’s authority over it is limited. But in May, the FTC released a report that indicated it may be inclined to take action on right to repair.

Based on past opposition and success by the major tractor manufacturers and dealer associations in blocking legislation at the state level, legal challenges are likely even if the FTC were to write strong right-to-repair rules.

If nothing else, the president’s recent actions have turned the hot light of public opinion on the issue, which makes it likely actions at the state level will continue. To date, 30 state legislatures have addressed right-to-repair legislation. Not one state has passed substantive legislation.