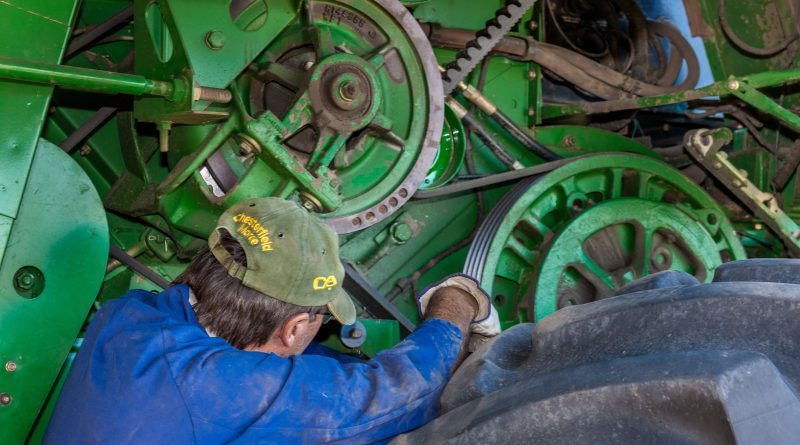 The agreement cuts a deal with a farmers’ group to forestall legislation requiring it to stop compelling farmers to come to Deere for all their repairs.

This week, John Deere agreed to a memorandum of understanding with the American Farm Bureau Federation to abide by certain “right to repair” guarantees for farmers. Despite these concessions, many right to repair advocates see the memorandum as little more than a sleight of hand to quell the momentum behind state and federal legislation.

The right to repair movement has grown over the past decade by championing a clear-cut principle: People should be able to fix their consumer items on their own or through independent dealers. In the consumer electronics market, however, corporate giants such as Apple or John Deere effectively force customers to go to the company’s own dealers, where costs are often so high that it’s cheaper just to buy a new product. Such firms make outside repairs all but impossible by blocking consumers’ access to the necessary mechanical parts as well as to manuals or schematics.

In the case of agricultural equipment, companies like John Deere have even threatened legal action against farmers who try to fix their own tractors, on the grounds of copyright infringement. This arrangement essentially imposes a semipermanent leasing agreement onto farmers that not only adds another overhead cost but sometimes can have dire consequences. If a tractor malfunctions or the battery needs to be replaced, it can take up to two weeks for farmers to get a John Deere technician to attend to the repair. During the height of a harvest season, that could mean losing a significant amount of a farmer’s earnings for the year.

The right to repair movement has the ear of the White House. President Biden’s competition order in 2021 directed the Federal Trade Commission to take action on this practice. While the Commission hasn’t set rules yet, it issued a policy statement in 2021 and approved final orders in October against three firms for imposing unlawful obstacles on repairs.

Though light on details, Deere’s new memorandum would make it somewhat easier for farmers to get repair service independent from the company. It would ease restrictions on machine parts from manufacturers and open up other fix-it tools, such as the software or handbooks that Deere technicians rely on.

This olive branch, however, is predicated on a major concession from the Farm Bureau, one of the most powerful lobbying forces in agriculture that advocates on behalf of farmers. The Farm Bureau has agreed not to support any state-level legislation that enshrines the right to repair in law, or creates further protections that go beyond what’s outlined in the agreement.

“That provision shows the company’s cards and makes us wary of the agreement,” said Willie Cade, an organizer for Farm Action and a right to repair advocate. “It seems targeted at taking the wind out of our sails.”

It’s not uncommon for corporations to fall back on private-sector multiparty agreements in an attempt to stave off regulation. “John Deere is using the same playbook that we’ve seen from other companies with a monopolistic position,” said Daniel Hanley, a legal analyst at the Open Markets Institute whose work on the right to repair has been cited in federal legislation.

One major problem with private-sector accords is that there’s no enforcement mechanism. If John Deere doesn’t live up to the memorandum, farmers have no path for recourse.

Moreover, the Deere memorandum also contains loopholes. The core concession is to give customers access to a service adviser software tool for procuring mechanical parts from manufacturers similar to the one that company dealers get to use for repairs. But the company doesn’t provide other tools that right to repair advocates would like to see, such as dealer technical assistance service. The memo also permits Deere to maintain certain exceptions that would deny farmer repair requests. The company can refuse to distribute certain equipment to farmers if it deems the technology proprietary or when it falls under vague criteria such as “safety controls” or “emissions controls.”

“The slippery language gives the company enormous discretion to just set policy as it goes,” said Kevin O’Reilly, the director of the Right to Repair campaign at U.S. PIRG.

Beyond their discontent with these carve-outs, farmers and their advocates have little trust that Deere will actually follow through on its agreement—a skepticism rooted in the company’s track record. In 2018, Deere issued a “statement of principles” that foreshadowed the provisions in the new memorandum. Despite that, farmers never received access to the machine parts or software they’d been promised.