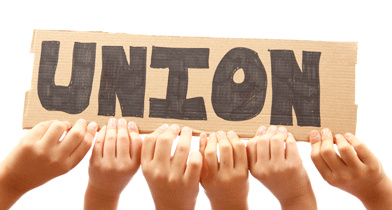 President Biden has called on Congress to pass the most significant changes to labor laws in decades as part of his $2.3 trillion infrastructure proposal. But getting that pro-union proposal through Congress could be a high hurdle.

Progressives, labor unions and the business community are squaring off over the Protecting the Right to Organize (PRO) Act. The bill would make it easier for gig workers and other independent contractors to unionize and set an enforceable timeline for union-employer negotiations to commence. It would also undercut states’ right-to-work laws by allowing unions to collect dues from workers who opt out.

The path of the union bill is hazy as Congress starts to transform Biden’s outline into legislation. The labor proposal doesn’t square with Senate rules on what sort of legislation can typically be advanced with just a simple majority; most Republicans oppose it and several Democrats in the 50-50 chamber have been noncommittal.

Biden plans a series of discussions with Democratic and Republican lawmakers on the contents of his package. A White House official didn’t specify if the president wants the PRO Act written into an infrastructure bill or just pursued as a complement to it. “The president supports the PRO Act and wants to see it passed in its entirety,” the official said.

Tim Schlittner, communications director for the AFL-CIO, said removing the act from the emerging legislation would be a mistake.

“The labor movement turned out in force in 2020 to elect this president and flipped the Senate,” Schlittner said. “And if our number one priority is tossed aside, I think it would be a disaster for the Democratic party.”

Supporters of the legislation say it would ensure jobs created by the Biden infrastructure proposal are higher-paying, as more workers would be able to join unions that could negotiate on their behalf. The union legislation is a key priority of labor unions and the party’s left flank, which also sees it as a way to stem widening income inequality.

Opponents say the legislation would impose sweeping changes to labor laws that have little to do with the president’s spending plan and amount to a giveaway to unions, and would stifle business and economic growth.

University of Missouri economist Aaron Hedlund, who worked at the White House Council of Economic Advisers during the Trump administration, said the bill could weigh on growth, by eliminating right-to-work laws and upending the business model of franchise owners. Franchise groups have opposed the act, saying it would eliminate labor distinctions between national brands and independent operators.

“That will affect every sector, not just those involved in infrastructure,” Hedlund said.

Union membership fell to 10.8 percent of the overall workforce in 2020, down from its recorded peak of 20.1 percent in 1983, according to the Labor Department, reflecting slower employment growth in more unionized industries such as manufacturing and transportation.