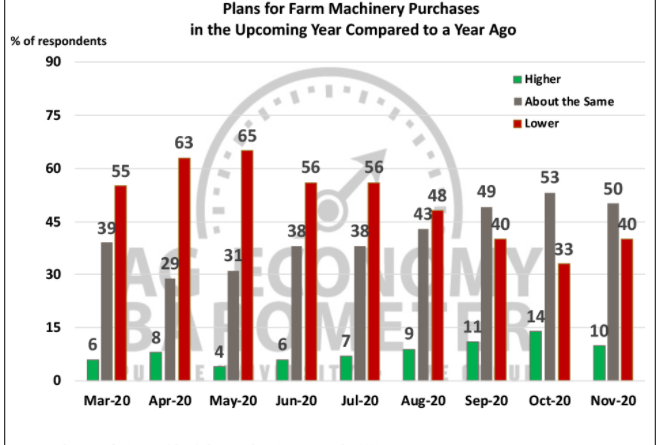 The decline in the Ag Economy Barometer was the result of farmers’ weakened expectations for the future. Perceptions of current conditions improved by nine percentage points amid the ongoing rally in agricultural commodity prices.

The Farm Capital Investment Index changed little in November with a reading of 80, just two points below the index’s record high set in October. However, survey respondents pulled back somewhat.