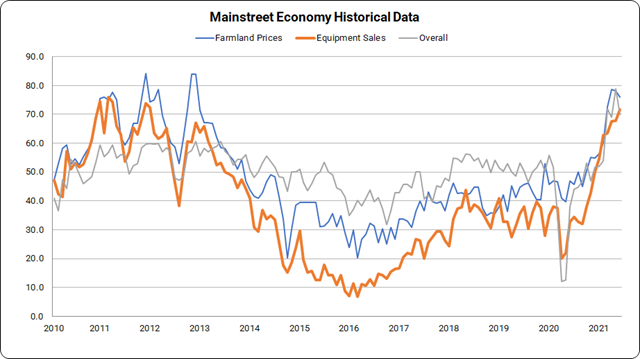 A monthly survey of bank executives in rural communities dependent upon agriculture or energy confirms what farm equipment manufacturers know: Sales are booming.

The overall Rural Maintreet Index for June was 70, which was a decrease from May but still strong. About 47 percent of bank CEOs reported their economies expanded from May to June.

“In my view, $29 trillion in total debt with no real plan to reduce that debt, or balance the annual budget, is the biggest threat to our economy’s success,” said survey respondent Larry Winum, a bank CEO in Glenwood, Iowa.