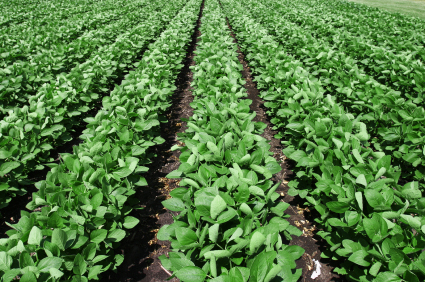 Despite a wind storm tearing through Midwestern farms last month and drought conditions in isolated areas, a bumper crop of both corn and soybeans is expected this year, according to commodity brokers and boots-on-the-ground observers.

Pro Farmer took a week-long tour of farmland across seven states recently and assessed the national corn yield at 177.5 bushels per acre and national soybean yield at 52.5. That is slightly lower than earlier USDA estimates but higher than 2019’s waterlogged crop.

In August, many commodity prices bounced, and according to the Ag Economy Barometer, sentiment improved.

That said, for many U.S. farmers, the prospect of grain prices staying low is untenable. “It’s almost a day-to-day struggle to decide what to do next year,” said Doug Sombke, a South Dakota farmer.

Sombke says his local grain elevator is paying $2.87 for a bushel of corn. That is nearly a dollar lower than what he would need to collect to break even. The same is true for his soybeans, for which the elevator is paying roughly $8.50 a bushel.

Prices for corn and soybeans haven’t risen since the start of the year, when the signing of the U.S.-China phase-one trade stipulated China would purchase $36.5 billion of agricultural goods from the U.S.

Government aid has helped mitigate the financial damage of low commodity prices, but farmers say it is only a Band-Aid.

“We in the ag economy really appreciate the assistance we got from the federal government,” said Richard Guebert Jr., president of the Illinois Farm Bureau and a farmer of corn, soybeans and wheat. “But we really wish to get our revenue from the market.”