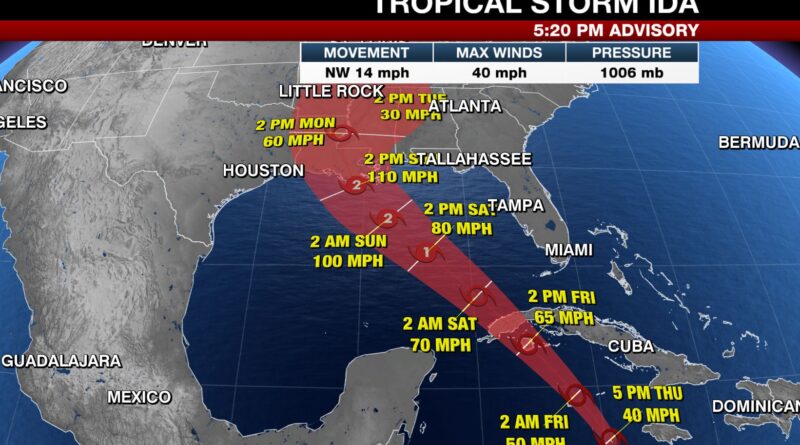 Hurricane Ida wreaked havoc on agricultural infrastructure near the mouth of the Mississippi River.

“Moving forward, the million-dollar question is how quickly can repairs be completed to the damaged export facilities and shipping channel itself,” said Mike Steenhoek, executive director of the Soy Transportation Coalition.

Extensive and persistent power outages slowed damage assessments, and as of last week, experts were unsure of the full extent of structural damage and crop loss. Portions of the Mississippi River remained closed for days due to power lines in the water, effectively cutting off river traffic. Two Cargill grain elevators in Louisiana suffered extensive damage, further adding to the logistical nightmare.

“The damage to the Cargill grain elevator in Reserve, Louisiana is significant, both due to the scale of the damage and the importance of this location to U.S. crop exports,” said Steenhoek. “This elevator handles a considerable portion of America’s grain exports, and it’s critical they are back up and running before the peak export time period.”

Steenhoek said that in mid-October to mid-November, it is common for 40 to 50 million bushels of soybeans to be exported from the Gulf region.

“If the export facilities in the region are not back up and running at normal capacity by that time, our throughput will diminish, and we will essentially be attaching a garden hose to a fire hydrant,” Steenhoek said. “Production is expected to be strong. International demand remains robust. However, if we do not have an infrastructure that can accommodate the journey between supply and demand, farmer profitability will be impacted.”

In an Association email exchange with the company’s Mark Naquin, he described the area around him “like a war zone.”

“The sugarcane crop is flat on the ground,” he said more than two weeks after the storm. “Harvest starts Oct. 11. I hope we can save it. Over 90 percent of the Gulf of Mexico is shut down. No crude oil is coming in, or very little. So, most the refineries are shut down because they need crude oil.”

In spite of that broad troubling picture, Naquin said he and his workforce were mostly OK. One plant worker lost his home, and they are helping him recover from that loss. The business had just regained internet service 18 days after the storm made landfall. They were still without phone.

Sugarcane is grown throughout the impacted area. Louisiana has approximately 500,000 acres of sugarcane, up to 25 percent was likely affected by Ida, said LSU AgCenter sugarcane specialist Kenneth Gravois.

Kurt Guidry, also with LSU AgCenter, said there are about 172,000 head of cattle in southeast Louisiana, and agencies are working to get them watered and fed.

Risk Management Solutions Inc. estimates that total onshore and offshore insured losses from Hurricane Ida are between $31 billion and $44 billion.