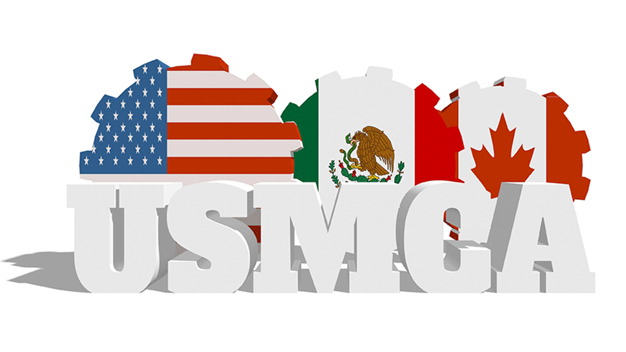 U.S. trade associations and members of Congress are pushing to delay the July 1 launch date of the new United States-Mexico-Canada Agreement (USMCA). They argue the pandemic has diverted resources needed to ensure a smooth transition from the previous North American Free Trade Agreement (NAFTA).

“Industry wants the administration to show flexibility in the months before and after entry into force so they can focus on making payroll and avoiding layoffs,” said John Murphy, senior vice president for international policy at the U.S. Chamber of Commerce.

“On the one hand, given the pandemic, there are challenges in the supply chain, which from a North American perspective are most pronounced in the order by Mexican President Manuel Obrador to halt manufacturing operations in Mexico,” Meyer told FreightWaves. “That has been a pinch for some U.S. manufacturers who rely on Mexican-made parts and components.”

Because of the pandemic, the Mexican government suspended all non-essential activities—including the closure of hundreds of factories along the U.S.-Mexico border—on March 30.

Meyer added that “it is going to take some time for North America to get opened up in light of what we are learning about our new social distancing requirements, which I think are most challenging in manufacturing capacities.”

The Commercial Customs Operations Advisory Committee (COAC) sent a letter to the Trump administration recommending delaying implementation of the USMCA for at least another six months.

A trade association in Canada said the USMCA could cost dairy farmers across that country more than $100 million in lost revenue if it goes into effect July 1.

“We’re talking adjustment to products, portfolios—the product mix of my members, so that means that it requires plants retooling, new products, you have to find a new market. Now we’re left to do all of this basically within 30 days,” Mathieu Frigon, president and CEO of the Dairy Processors Association of Canada.

“The crisis and recovery from the COVID-19 pandemic demonstrates that now, more than ever, the United States should strive to increase manufacturing capacity and investment in North America,” Lighthizer said.