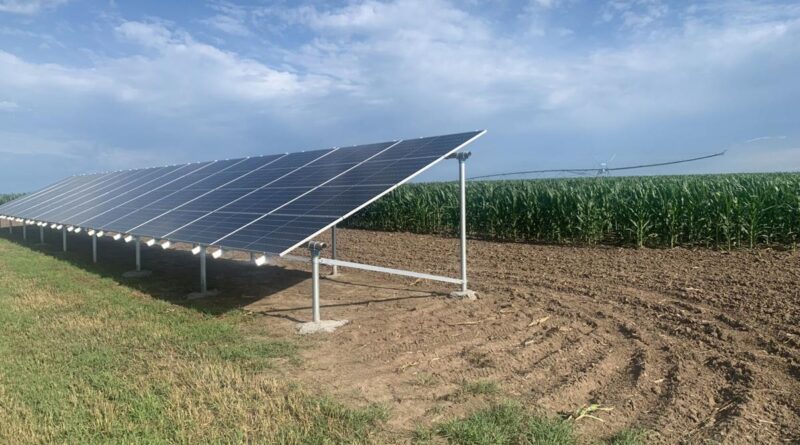 Irrigation pivots are often shut off when the heat of the summer puts a strain on local power grids. To help the strain, Valley Irrigation and Farmers National on Monday unveiled solar-powered ag irrigation pivots in Davenport, Nebraska.

They say it is the first such installation in North America.

The installation in south-central Nebraska on a farm managed by Farmers National Company, will provide sustainable power to the landowner by efficiently converting the sun’s rays to clean energy.

The installation is located near Davenport, Nebraska, and will provide solar power to a Valley center pivot by offsetting energy consumption used to irrigate the field. Farmers National Company’s landowner client invested in Tier 1 solar panels, which are the highest-quality panels and are also used on major utility-sized installations. They are built to withstand the often-harsh conditions of Nebraska weather, including strong winds and hail. The components/inverters will provide greater than 94% efficiency in converting DC (direct current) energy into AC (alternating current) energy. The pivot size and configuration will produce green renewable energy for the next 25 to 35 years, equaling the lifespan of the pivot. It will also produce recurring revenue for the landowner through a buy/sell agreement with the local utility group.