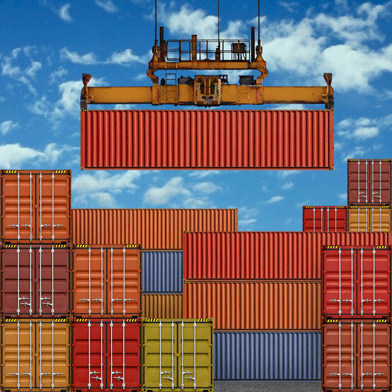 A handful of big shipping players control the majority of containers via giant vessels, leaving the world with fewer routes, fewer smaller ships and fewer ports, and contributing to supply chain stressors, according to cargo owners and freight forwarders.

The top six container operators control more than 70 percent of all container capacity, according to Alphaliner, a maritime data provider. As businesses try to restock after the lifting of the COVID-19 restrictions, they are paying at least four times more to move their products compared with last year and face long delivery delays, industry executives say.

“A few years ago we would get a half-dozen competitive freight offers from shipping companies within a couple of hours,” said Mark Murray, who owns DeSales Trading Co. “Now it’s a couple of days to get an offer from one of the big boys. You have to pay crazy freight rates and your shipment is months late.”

The shipping industry consolidated between 2016 and 2018, when a string of deals valued at around $14 billion cut the number of global boxship operators by about half. The deal-making was part of shipowners’ efforts to cope with conditions in the aftermath of the 2008 financial crisis, when freight rates barely covered fuel costs and ships operated at losses.

Among other factors driving the consolidation were a surge in Asian manufacturing and demands by cargo owners to keep transport costs under control.

The big liners have also formed three global alliances that share ships, cargo and port calls. Some smaller operators have joined in giving those groups control over the vast majority of available capacity.

The result was a streamlined system in which fewer but bigger ships called in at specific ports in Asia and then sailed to Europe or the U.S., carrying cargo that would go straight onto shelves or production lines. The new model cut waste from the system, limiting unused space on ships and reducing warehousing expenses for importers.

COVID-19 highlighted the fragility of the new supply-chain model in times of stress. Outbreaks over the summer at big export hubs like Yantian and Ningbo in China idled ships for weeks as they waited for terminals to reopen. After they sailed, they got stuck again at congested Western ports that couldn’t handle the cargo deluge.

Unlike in the pre-consolidation era, when shippers could call on a range of small- and medium-size operators to help them manage through disruptions, cargo owners say they have largely had to choose between long waits and crippling costs.

Freight forwarders said the capacity reign by so few players leaves cargo owners with few options. They said daily rates from China to the Mediterranean are now around $7,000, compared with about $1,000 before the pandemic.