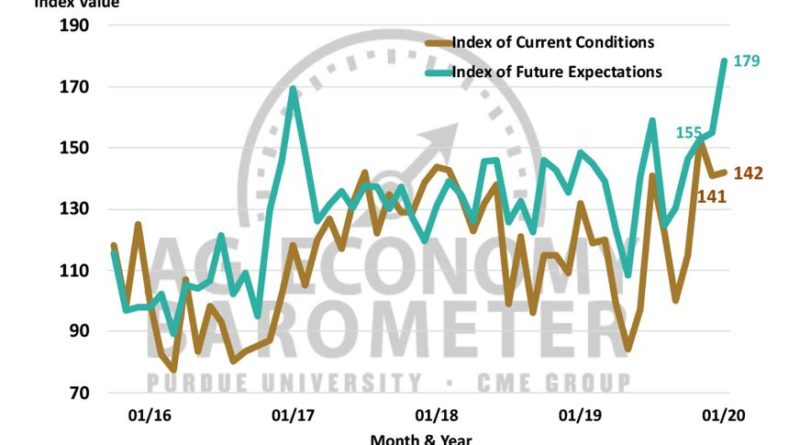 The Ag Economy Barometer rose to a reading of 167 in January, a 17-point jump from December. Virtually all of the rise in this month’s reading was attributable to optimism about the future.

The Index of Future Expectations climbed 24 points to 179, while the Index of Current Conditions—at 142—was essentially unchanged from the December reading of 141. The survey coincided with President Trump’s signing of the phase-one trade agreement with China.

Producers have become more optimistic about the future of agricultural trade in past months. As recently as October, just 55 percent of farmers said they expected to see U.S. ag exports increase over the next five years. That began to shift in November, and last month, 71 percent of respondents said they expect to see exports rise.

The Farm Capital Investment Index, which captures farmers’ willingness to make big purchases, does not yet reflect that longer-term optimism. The index fell 4 points below December’s reading to 68. The index has ranged from the high 60s to low 70s since November and, despite the decline in January, remains much stronger than it was in early fall, when it ranged from the high 40s to the high 50s.