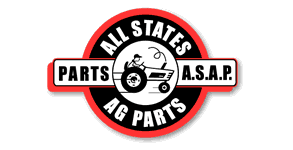 All States Ag Parts (ASAP), the leading agricultural and heavy equipment aftermarket parts supplier in North America, recently announced the promotion of William (Bill) Davidson to the position of CEO for All States Ag Parts.

Davidson has served as the president of All States for the past 17 months and will assume positions of Chief Executive Officer (CEO) and President. Davidson will be charged with the continued growth of All States through organic growth and acquisitions.

Davidson replaces John Dyke, as CEO. Dyke has been elevated to the position of Executive Chairman of the Board for All States. Dyke, whose family started All States Ag Parts nearly 25 years ago, has previously served in many roles at All States including recent positions of President and CEO. In addition to leading the board of directors, Dyke will continue to lead acquisition efforts.

All States Ag Parts is in an active growth mode, both through acquisitions and organic growth. All States has been the long-term leader in aftermarket, used and remanufactured parts for agricultural equipment. Recent growth efforts have greatly expanded heavy equipment parts and rubber tracks for all types of equipment.