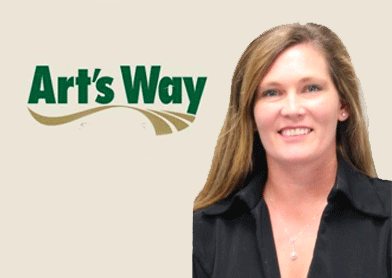 Carrie Gunnerson, CEO of Art’s Way Manufacturing, will retire in the third quarter of the 2020 fiscal year.

Gunnerson joined Art’s Way in 2004 as senior accountant. She moved into the CFO role before being named CEO in 2007.

Marc McConnell, chairman of the Art’s Way Board of Directors, said King “brings an extensive skill set and wealth of leadership experience in our industry that we anticipate will provide for growth and long-term success for Art’s Way.”

About Gunnerson, McConnell said: “Through the difficult times in the ag economy and the more robust times, she led Art’s Way with a steady hand and was the ultimate stabilizing force that guided us to where we are today. The example that she set for others of work ethic, professionalism, and dedication has been second to none.”

Gunnerson was elected to the Farm Equipment Manufacturers Association’s Board of Directors in 2016 and is serving her second term.