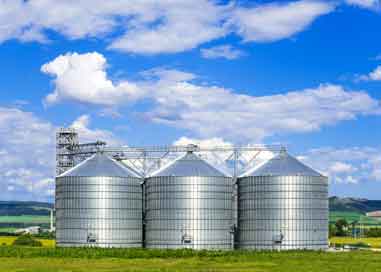 The run-up in commodity prices is casting a cloud over the global economic recovery and could lead the Federal Reserve to raise interest rates sooner than previously expected.

The world hasn’t seen such across-the-board commodity-price increases since the beginning of the global financial crisis, and before that, the 1970s. Corn, soybeans and wheat have jumped to their highest levels in eight years. Lumber, iron ore and copper have hit records. Oil recently reached a two-year high.

Price indices released last week in China and the U.S. underscored the trend. China’s producer-price index, a gauge of factory-gate prices, jumped 9 percent from May 2020, accelerating from April’s 6.8 percent increase, according to the National Bureau of Statistics. The result marked the fastest year-over-year rise since September 2008.

The U.S. Labor Department said the May increase in the consumer-price index, released the day after China’s producer-price index, was 5 percent, the largest increase since August 2008.

Ordinarily, economists and central bankers try not to worry too much about commodity-price moves.

Commodity prices can be volatile, and they make up a smaller part of consumer inflation than other costs, like housing.

But manufacturers’ profit margins are shrinking because of higher costs for raw materials. Households are paying more for gas, groceries and some restaurant bills, curbing their ability to spend elsewhere. In poorer countries, some are going without basic needs entirely.

Many factors are driving the increases, including ultra-strong consumer demand and supply-chain bottlenecks. But behind many of them, economists say, is a deliberate decision by policy makers in the U.S. and elsewhere to run their economies hot for now, with lots of stimulus, to ensure they recover fully from damage caused by COVID-19.

That strategy may be questioned this week, when Fed officials could signal that they anticipate raising interest rates sooner than previously expected. In March, the last time the Fed released quarterly economic forecasts, most officials expected to keep the benchmark interest rate near zero through 2023 to encourage the economy’s recovery from the pandemic.

Officials have a two-day policy meeting this week and are set to release updated projections Wednesday.