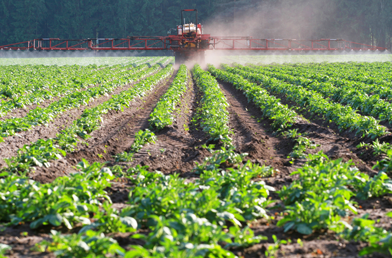 A federal court had upheld EPA’s decision to allow dicamba’s use through July 31. This follows a flurry of legal developments related to the herbicide.

On June 3, the U.S. Ninth District Court of Appeals ruled that farmers could no longer spray dicamba. Days later, the EPA issued an order canceling the registrations of the three dicamba products (Bayer’s Xtendimax, BASF’s Engenia and Corteva’s FeXapan) but allowing growers and applicators to use existing stocks through July 31.

Opponents of dicamba filed an emergency order with the court asking it to call for an immediate end to use of the herbicide. A coalition of farmers stepped in to ask the court to allow use to continue.

The coalition argued that America’s soybean and cotton growers have spent more than $4 billion on seed and hundreds of millions on herbicides, including Xtendimax, Engenia, and FeXapan.

It went on to say an estimated 64 million acres of dicamba-tolerant seed was already planted and no viable alternative existed for weed control. Losing access to dicamba could lead to yield loss as high as 50 percent, the argument said, with respective losses estimated at as much as $10 billion for soybean growers and $800 million for sorghum growers.

In related news, after a stream of lawsuits against Bayer over its glyphosate weedkiller, and more than a year of negotiations, the company has agreed to a more than $10.5 billion settlement with thousands of plaintiffs who claimed exposure to Roundup was responsible for their non-Hodgkin’s lymphoma.

The World Health Organization concluded in 2015 that glyphosate is a probable carcinogen, while the EPA has long maintained that it’s safe. The company intends to continue selling Roundup. The settlement does not contain an admission of liability or wrongdoing.

Brett Begemann, COO for Bayer Crop Science, says the company stands behind its glyphosate and dicamba products, Roundup and XtendiMax. He said no other regulatory body agrees with the WHO’s conclusion on glyphosate as a carcinogen.

Begemann also said he is confident dicamba will get through the EPA
re-registration process for use in 2021.