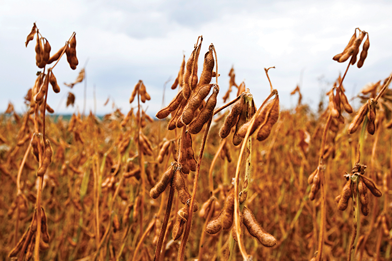 China has ramped up its purchases of U.S. soybeans recently, sparking a rebound in prices and making the crop profitable again for U.S. farmers after the coronavirus pandemic had slammed demand.

Most-active soybean futures closed at $8.71 a bushel last week—topping the break-even price of roughly $8.50 a bushel needed by farmers for their soybean crops to be profitable. Some traders believe the current momentum could push soybean prices to over $10 a bushel, which would be their highest level in over a year.

The main factor pushing prices up is the recent swing in Chinese purchasing of U.S. exports after the two countries struck a trade deal and currency economics became more favorable. In the past month alone, China has purchased nearly 5 million metric tons of American soybeans, according to the USDA.

“China’s soybean purchases over the past few weeks have been a positive sign that China continues to implement the historic trade agreement with the United States,” USDA Under Secretary Ted McKinney said. “We expect China’s appetite for agricultural imports to remain robust.”

Usually, Brazil is the main seller in the export market during the spring, and it was an especially aggressive seller this year. Brazilian farmers have sold 87.5 percent of their record 124 million metric ton 2019-20 soybean crop as of June 5, a record pace according to agricultural consulting firm Datagro. The previous record was 76.8 percent in 2016, and the five-year average for the date is 69.5 percent, the group said.

But Brazil’s currency has strengthened by nearly 5 percent in the past month. The U.S. dollar has weakened by more than 3 percent in the same time frame, making U.S. exports more attractive for China.

“The change in psychology is that Brazil is no longer the seller it was,” said Jim Sutter, chief executive of the U.S. Soybean Export Council.