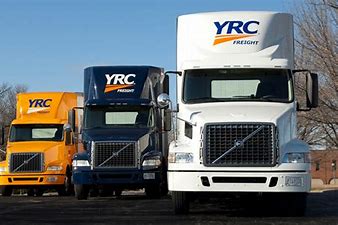 The U.S. Treasury is providing a $700 million loan to YRC Worldwide, which warned in May it faced serious financial challenges without assistance.

The loan is part of the federal CARES Act meant to help small businesses. YRC is eligible because the CARES Act also helps businesses critical to national security. A statement from the U.S. Treasury said the loan was justified by the fact that the company provides a majority of the trucking services moving pallet-sized shipments of freight for the U.S. military, a segment of the industry known as “less-than-truckload,” or LTL.

“Treasury’s determination was based on a certification by the Secretary of Defense that YRC is critical to maintaining national security,” the statement said.

Taxpayers will end up owning 30 percent of the company’s stock as part of the loan agreement.

YRC warned in May that there was “substantial doubt” about its ability to stay in business without either federal help or a “meaningful stabilization of the economy in the near term.” On June 9, YRC warned that its per-day shipments were down 20 percent in the quarter, and the rates it was receiving per pound of freight moved were down 6 percent from a year earlier.

About half the loan money will be used to cover short-term contractual obligations, including pension and healthcare benefits. The loan will be due in 2024.

YRC is an endorsed service of the Association. Members receive a discount on LTL shipments.